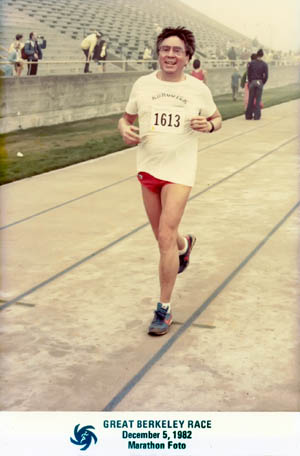 Despite his academic and professional accomplishments, most of his SI classmates lost touch with him after graduation, remembering him as affable, reserved and very private. However, his widow, Ann Morales of Oakland, noted that her husband “always spoke of his Jesuit education as being the foundation of his success in life, both personal and professional. His character reflected the Jesuit way of seeing good in every person he met and treading lightly on the planet.”

Dan expressed his appreciation to SI in his estate plan, which now includes a substantial gift annuity contract that will pay Ann fixed income for life, with whatever remains supporting SI.  His legacy to the health of Californians was substantial as well, according to Leslie Gaffney, assistant division chief of the Genetic Disease Screening Program.  “He improved the quality control of the PKU blood tests of infants,” said Ms. Gaffney of the test that checks whether a newborn baby has the enzyme needed to use phenylalanine, an amino acid needed for normal growth and development. Lack of the enzyme — a rare anomaly that requires a special low-protein diet — can lead to retardation if not identified and treated.

Dan, a founding scientist for the Genetic Disease Screening Program, improved the quality control of these crucial tests, making their analysis the responsibility of the State’s Genetic Disease Screening program. “He also added additional tests, including markers for hypothyroidism and other genetic diseases that can result in developmental delay in infants,” added Ms. Gaffney.

Today, the program screens for 80 genetic problems, ranging from cystic fibrosis to endocrine and metabolic disorders. The lab identifies some 850 California newborns a year at risk of serious, but mostly treatable, developmental problems.

Anne added that Dan also contributed to studies that resulted in more scientifically precise DUI legislation in California and helped monitor fruit fly infestations. He also enjoyed photography, gardening, camping, visiting museums, running and traveling in the U.S. and Europe.  “My favorite photograph of Dan was taken Dec. 5, 1982, during the Great Berkeley Race,” she said. “The route started at the foot of the Campanile, wound through campus and then along Shattuck Avenue into the tunnel to North Berkeley, along the Alameda, and ended at Edwards Field. He also ran the Oakland Half Marathon and San Francisco’s Bay to Breakers and Bridge to Bridge races. His race-event tee-shirt collection will be a quilt.”