Each Genesis magazine offers a list of those who have provided for SI in their wills or estate plans. While most of the members of the Father Harry Carlin, S.J., Heritage Society are retired, new members from the 1970s and 1980s are now joining their ranks.

That list just grew a little younger, thanks to Virg Cristobal ’93 and Marites Cristobal Coulter ’94, the newest members of the Carlin Heritage Society.  Through life insurance policies, they recently established The Cristobal Family Scholarship in recognition and in honor of their parents, Virgilio Sr. and Florence Cristobal. The scholarship will be awarded based on financial need to students who come from a Filipino-American background.

They also see their gift as “a friendly challenge to our fellow classmates and peers to make their own commitment to SI,” said Virg. “Most alumni think that making a lifetime gift commitment has to happen in the latter years of your life. Hopefully, our commitment demonstrates that you’re never too young to make a positive impact. My 20 year reunion this year and Marites’ 20 year reunion next year will, I hope, encourage our fellow classmates to do something similar.”

Virg and his sister are “excited, humbled and proud to make this commitment to SI,” he added. “The emphasis on the Filipino-American community and those with immigrant parents is to honor our own parents who sacrificed so much to give us our educational opportunities.”  “Our experiences at SI were so positive and rewarding, and it was a privilege to be able to attend the school,” added Marites. “We hope the scholarship will enable other students, particularly those from diverse backgrounds, to attend SI.”

Both Virg and Marites found mentors in their instructors, including math teacher Charles Murphy ’61 and Dave Lorentz “who integrated faith education into our everyday lives through his storytelling,” said Virg. Marites appreciated physics teacher Brian Richter, who “helped foster my love of science,” and English teacher Bill Isham “whose tough love tactics in English” led her to become a communications professional.

Several years ago, Virg established Cristobal Associates/Sagemark Consulting, an estate planning and business exit planning advisory practice. He and his wife, Audrey, live in Emeryville.  Marites, a senior vice president in the health practice at Edelman, Inc., a global public relations firm, lives in Los Angeles with her husband, Jesse, and their two daughters.  They recall how SI fostered the importance of service early in their Jesuit education; as a result, they also give back to their other alma maters: U.C. Berkeley and Our Lady of Mercy School.

The service hours that Virg and Marites did while attending SI also taught them at a young age to make meaningful contributions in their community. As young alumni, making annual gifts, even with “modest contributions early in our careers, became a way to stay connected to SI,” said Virg.

“By making our commitment now, we can promote the values most important to us while we are living,” added Marites.  “We are able to give now thanks to careful and thoughtful planning. We have been so blessed with abundant opportunities even as young professionals that giving back in this way and at this time makes sense.” 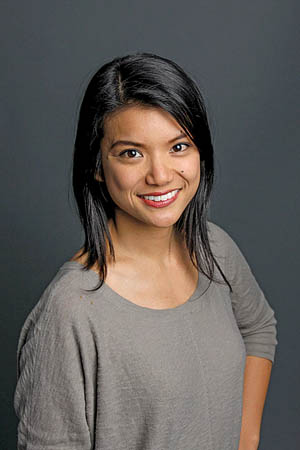 Virg Crisobal ’93 and Marites Cristobal Coulter ’94 included SI in their estate plans as a “friendly challenge” to their classmates and peers to do the same.