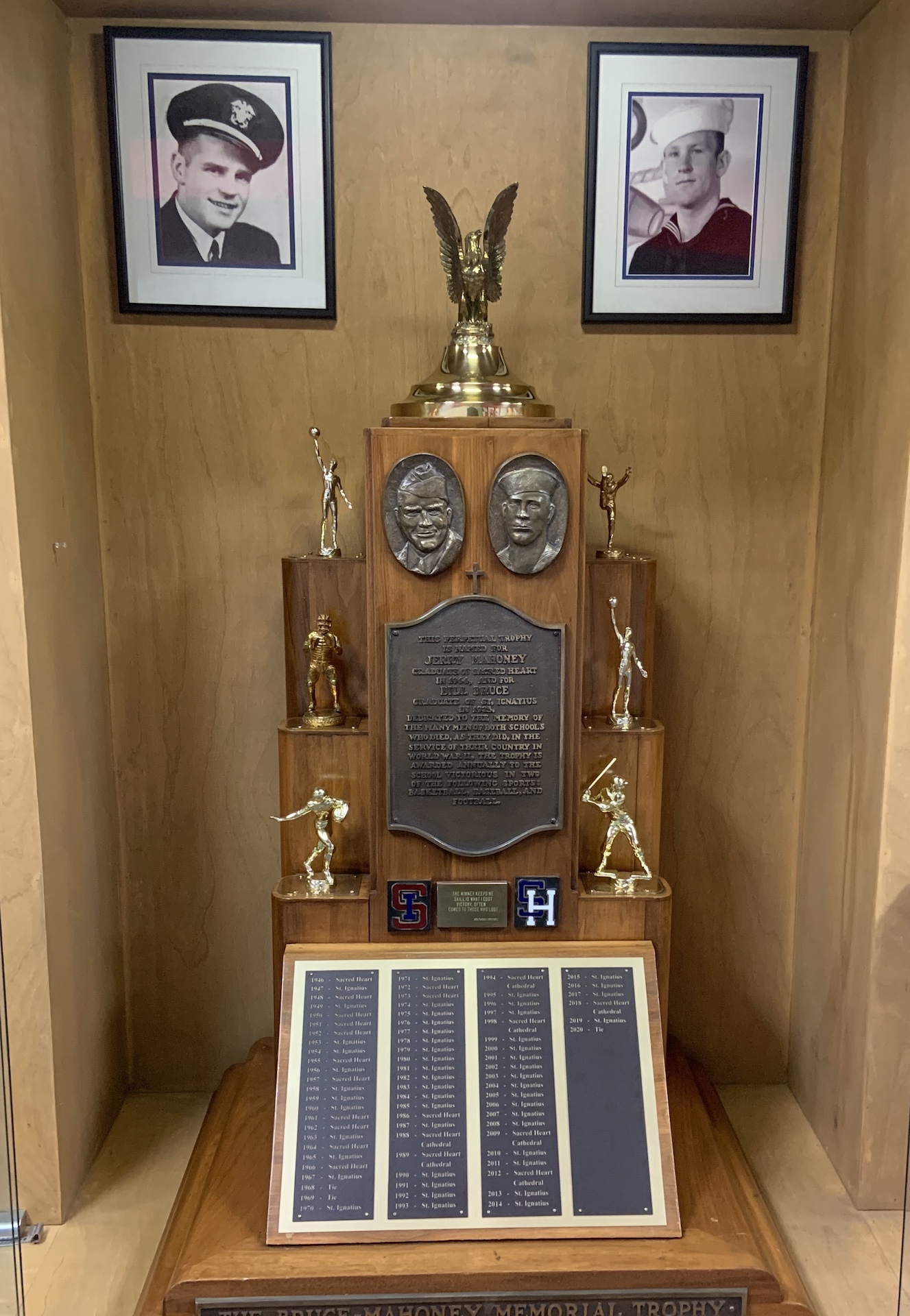 St. Ignatius College Preparatory and Sacred Heart Cathedral Preparatory are the participants in the oldest high school athletic rivalry west of the Mississippi River. St. Patrick's Day in 1893 marked the start of this tradition when the two schools met in Central Park at Eighth and Market Streets for a rugby game; a game won by Sacred Heart, 14-4. Over the years that rivalry has flourished as the schools competed in a variety of sports in three successive leagues. The Bruce-Mahoney Memorial Trophy is symbolic of the SI-SH rivalry. Established in 1947, it is awarded to the school which is victorious in league competition in three out of five sports each year: football, women's volleyball, men's basketball, women's basketball and baseball. (In volleyball, basketball and baseball, where the schools play more than one game, only the first league contest in each sport is counted.)

The Trophy is named in honor of Bill Bruce (SI 1935) and Jerry Mahoney (SH 1944), representing the graduates of St. Ignatius and of Sacred Heart who gave their lives for their country in World War II. At SI, Bill Bruce was an outstanding student and a fine athlete, particularly in the sport of football. He was involved in many extracurricular activities, and he served as student body president. He joined the Navy at the start of the war and was killed in an airplane crash at the Naval Air Station at Pasco, Washington, on April 14, 1943. Jerry Mahoney was an outstanding football and basketball player at SH, earning All-City honors in both sports during his senior year. He joined the United States Naval Reserve after graduation and was aboard the merchant ship S.S. Henry B. Plant when it was sunk by a German submarine.

The Trophy is awarded to the school which is victorious on the playing field or court, but in addition to athletic success it also recognizes the spirit and good sportsmanship which have been passed down from generation to generation of Wildcats and Irish. The Bruce-Mahoney Trophy is a prize which the students of both schools value as much today as their parents and grandparents did before them. And the rivalry between SI and SH is as vibrant in the twenty-first century as it was in the nineteenth, when it all began.

For more information on the history of the great SI-SH rivalry, see the SI history.