Darya Clark ’20 shines in class, on the field and in the band 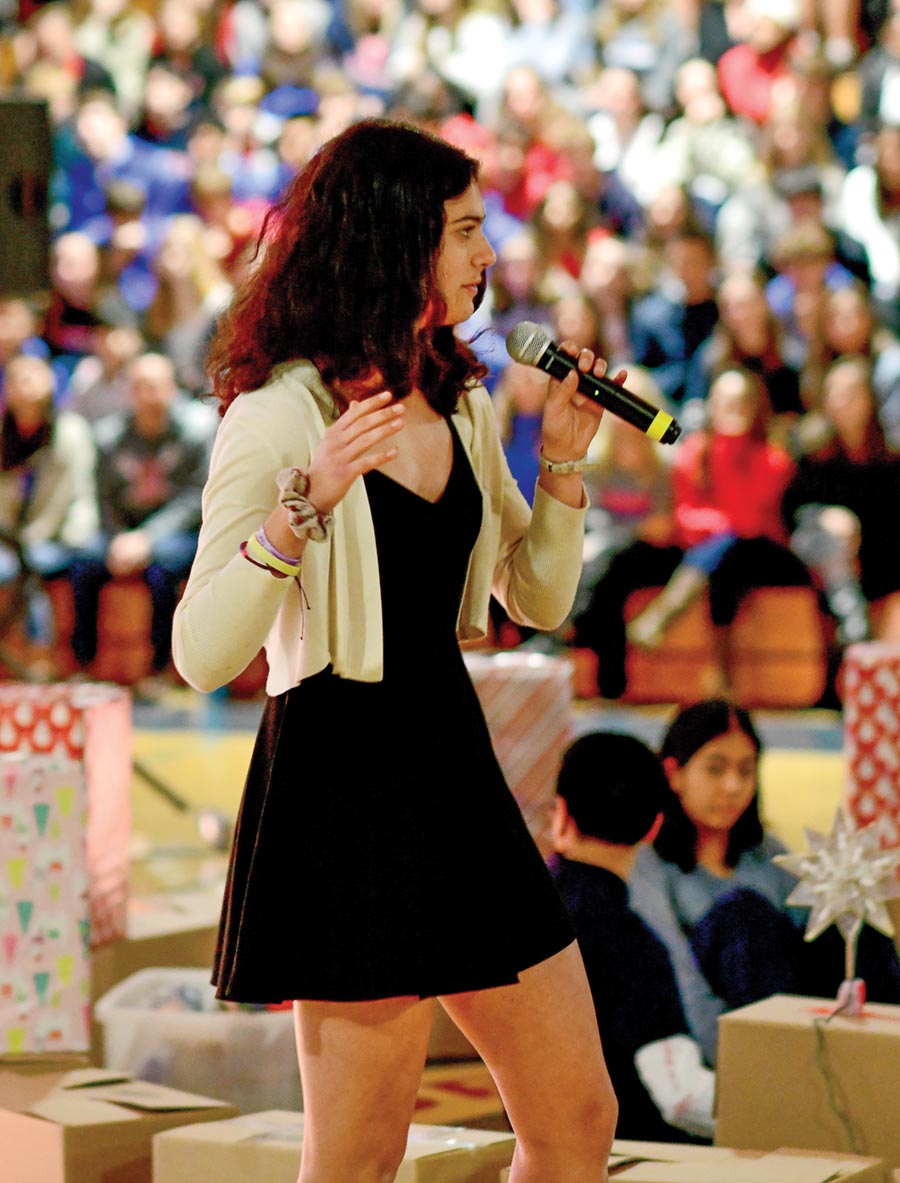 Darya Clark ’20 is the first to admit she’s not the best athlete on her field hockey, soccer or lacrosse teams or the highest-scoring student in her classes. She is, however, among the most loving and generous leaders at SI and has gained the respect and admiration of her teachers and classmates.

As captain of her lacrosse team, she was disappointed that her season was cancelled but has hopes that next year’s team will excel.

Her leadership also shines in the classroom. Even though she never took engineering at SI, she served as a teacher’s assistant to Mike Santos after Science Department Chair Patricia Kennedy saw her passion for the subject.

In the engineering class, she kept one step ahead of the students by studying their next unit while “helping Mr. Santos have a second set of eyes, especially with the Arduino processor project.”

She is headed to Tufts University in the fall, where she will pursue a degree in mechanical engineering and wed her passion for service to her love of learning after she joins the school’s Engineers Without Borders Club. That club, she added, “will combine my love of math and physics with service projects that create sustainable solutions to benefit people and the planet.”

Her classes at SI, she noted, “have been great, as my teachers are so animated and so passionate. It’s impossible not to get involved in conversations and see how Jesuit values are mixed in with what I’m studying. I love learning something that sparks a passion in me and helps me make sense of the world in a way I’ve never done before. I also love learning from my peers, and our discussions in English and religious studies get me so excited.”

In her senior English class, taught by Carole Nickolai, “I’d see many hands shoot up to answer a question, but she would call on someone who didn’t raise a hand but who would then say something brilliant. She had us so passionate about The Awakening, which gave us a chance to discuss themes of liberation and identity development. Ms. Nickolai created an atmosphere of excitement for everyone in the class, and I just love that feeling.”

Love, she added, is one of her guiding principles. “I’m 5-feet, 11-inches, and that may intimidate some people, but I try to be authentic and not care about what people think. Instead, I chose to do the most loving thing, even if that means simply saying hi to people in the hallway or having a conversation with a friend. Any action that stems from love is a good thing, and that’s what guides me each day.”

Her parents, she added, demonstrate this principle “by supporting me even when I act like my teenage self and don’t treat them the best. They never pressure me about grades but celebrate my accomplishments. They came to every one of my games, even when I was on the bench. They listen to my ideas even when they aren’t fully formed. They have never stopped being incredibly loving.”

Clark has put that love into action as SI’s student body treasurer, as a member of the Arrupe Council, as a trombone player in the SI Orchestra, as a Kairos senior retreat leader and as a volunteer on SI’s Youth Policy Initiative, which teaches middle school students about public policy issues and the U.S. government.

On the Arrupe Council, she worked with others on the Solidarity Week devoted to the rights of immigrants and migrant farmworkers. “We had a week’s worth of events planned to happen at school, but after the stay-at-home order was issued, we moved those to three online Zoom sessions, which included a speaker from Jesuit Refugee Services.”

Leading Kairos, she added, “was my favorite experience of my four years. It’s one of the most important things SI does, as it stresses just how we should love ourselves and others. That’s what SI has taught me, and that’s why I’m so grateful to the school for the unique opportunities I’ve been given.”