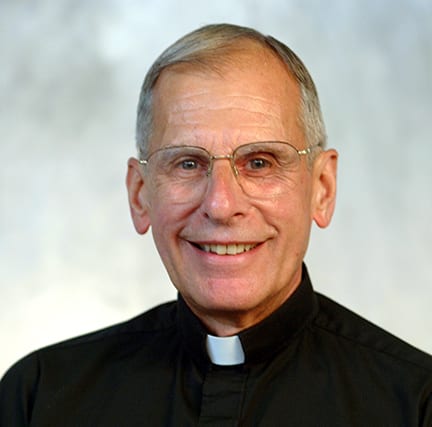 Fr. Roide taught at Bellarmine College Prep, San Jose (1965-1967, 1973-1975, where he also served as President in 1975), and Loyola High School, Los Angeles (1979-1980). He served in many capacities at St. Ignatius College Prep, San Francisco, over the years: Assistant Principal for Student Affairs (1970-1972), Rector-President (1975-1979), and member of the Adult Spirituality Team (2008). On the university level, he served as Director of Campus Ministries at Stanford University (1984-1992), Director of the University Catholic Center, University of Hawaii, Honolulu (2008-2011), and held chaplaincies at the College of the Holy Cross, Worcester, MA, and Gonzaga University in Florence, Italy. He also served as Pastor of St. Agnes Church, San Francisco (1994-2001), and St. Francis Xavier Church, Phoenix (2002-2006), and did pastoral ministry in San Jose, Morgan Hill, and at the Jesuit Retreat Center, Los Altos. Over several decades Father Roide led dozens of pilgrimages to the Holy Land and religious sites in Europe and elsewhere. 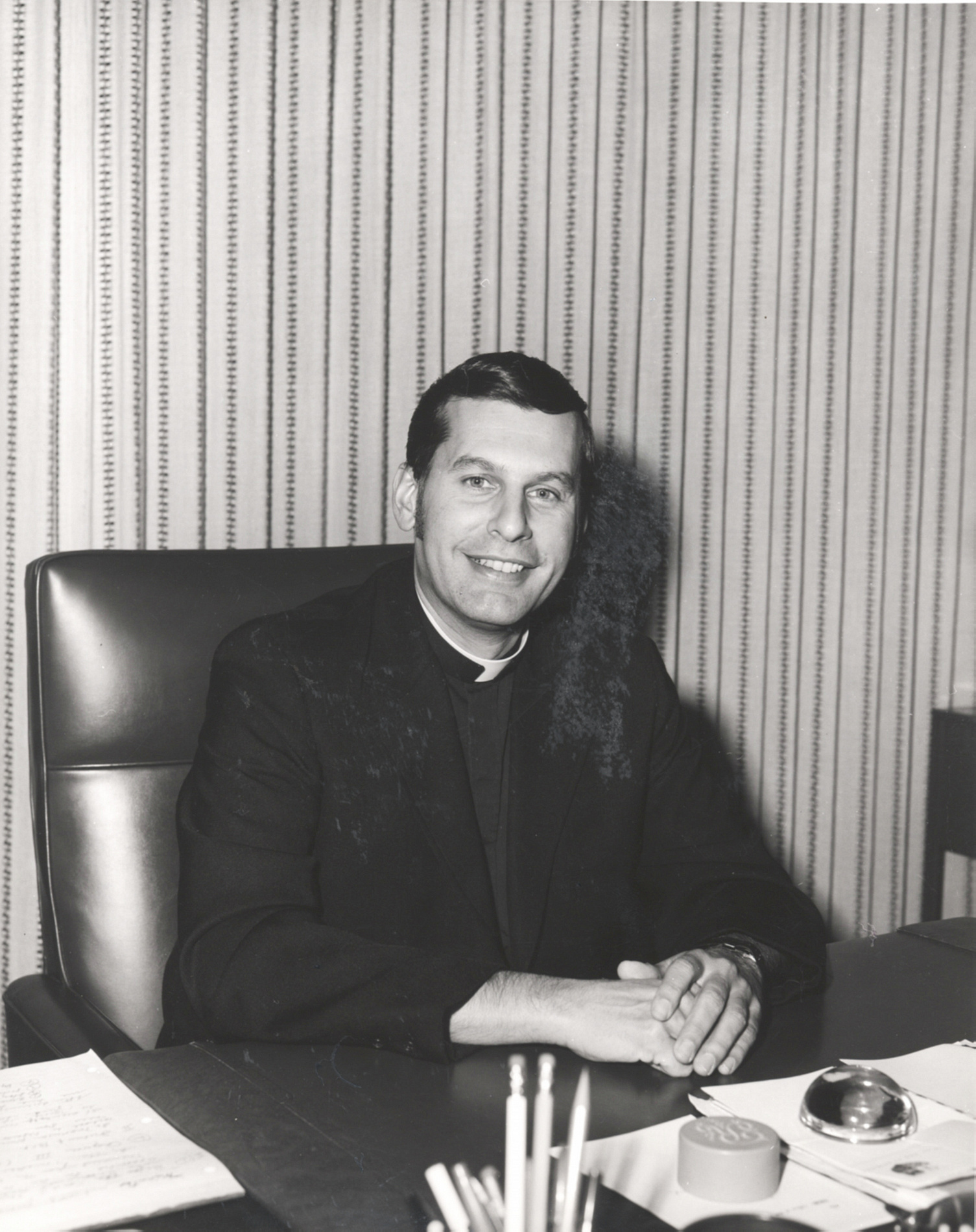 Russell Joseph Roide was born in Los Angeles December 10, 1938, the son of Joseph R. Roide and Julia R. Cerniglia Roide.  He graduated from Loyola High School (1956) and Loyola [Marymount] University with a degree in biology (1960). He entered the Jesuit novitiate at Los Gatos in 1960, continuing his studies at Gonzaga University, Boston College, and the Weston School of Theology, Cambridge, MA. He was ordained a priest in Los Angeles on June 13, 1970.

Fr. Roide is survived by his brother, Frank Roide, of Carson City, NV, and many extended family members.

Funeral Mass will be Monday, April 26, 11:15 a.m. Due to COVID restrictions, the service will be  private but will be live streamed at https://www.jesuitswest.org/in-memoriam/.

Read reports from school leaders and help us thank all those who supported SI in the past school year.

Help us Light it Up

We are excited to announce that after years of planning, we will be installing permanent lights on J.B. Murphy Field. Earlier this summer the SF Planning Commission voted 6-1 in favor of our application and on October 20th the SF Board of Supervisors accepted their vote.

This development takes tremendous pressure off our Athletic Department to find off-campus fields, which have been less and less available over the past 10 years, and especially benefits our six soccer programs during the winter months when sunlight is limited.

Our goal is to have the lights installed during the second semester, an ambitious goal to say the least; but with the sports schedule crunch next semester, lights will make games and practices possible. We hope that you will help us light the future for our students!

JOIN US FOR THIS SPECIAL FUNDRAISER FOR LIGHTS ON MURPHY FIELD! 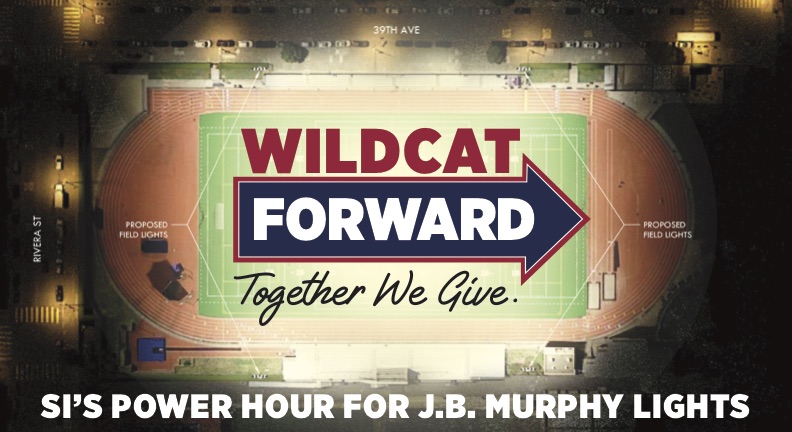 Donors who give $500 or more will be memorialized on a plaque at J.B. Murphy Field! 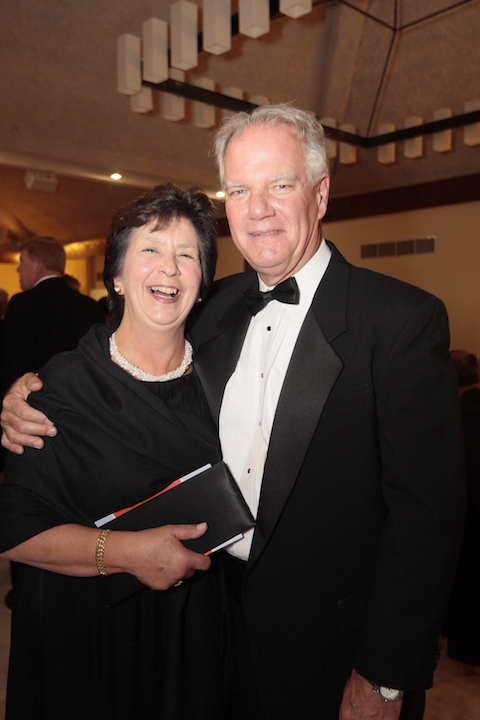 The SI Alumni Board recently met and selected this year's recipient of the Christ the King Award.

The Christ the King Award honors SI alumni "who have distinguished themselves in their professions, who have shown a commitment to the SI community and who best exemplify the ideal of service to God and fellow man."

Curt Mallegni of the Class of 1967 was such a man and is a well-deserving recipient. Curt passed away on January 28, 2020, after a short illness. He was 70 years old. He is only the fifth recipient to receive the award posthumously since the award originated in 1960. His wife Kathy will receive the award in his honor.

Here is a story about Curt Mallegni's wonderful life and great contributions to SI in Genesis by Paul Totah.

Alumni on Front Lines of Pandemic 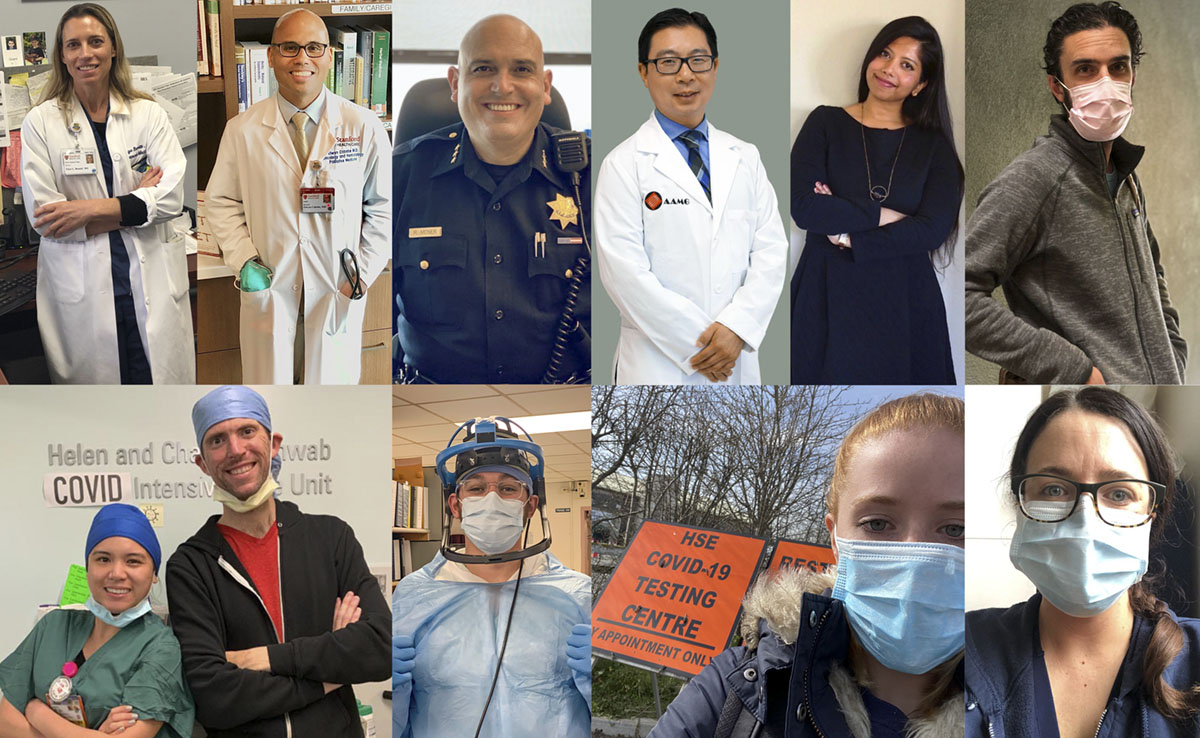 SI Grads Help Those Affected by the Virus. Read their stories.

Who is on the SI Alumni Board and who are your class representatives? Find out here.

Explore our Alumni website to find the following & more:

Hire an SI student for the summer. Find out how.

Click here for a chart of recent Alumni Giving to see how your class compares to other classes.

For more than three decades, the Annual Fund has been cornerstone of SI’s financial security. It doesn't take a huge donation to have a big impact. When taken together, gifts to SI's Annual Fund, whether $25 or $25,000, create one of the school's most significant sources of support.

Wildcat Forward: Together We Give!