I wake up to the smell of frijoles and huevos… mhmmm.
“Marilyn wake up, we need to go to mom's job.” Trini, my older sister, explains.
“Mmmm…” I groan.
“I said get up!” Trini demands.
I quickly push my body up even though it's beginning to fall back and close my eyes. I dislike going to my mom’s job because I'm always hustling, which mostly irritates me. I turn on my phone to realize that it's 9:30am. Mind you, my mom starts at 10am. I rush to open the bathroom door, turn on the shower and steam of hot air comes out. I quickly hop in the shower.

I walk to the kitchen and quickly pour myself some eggs and beans on a plate.
“Marilyn apenas vas a comer?! Apurate nos tenemos que ir ahorita!” Mi madre yells out.
“Ok, ok, ya voy.” I responded. I put my converse on and brush my teeth as fast as I can. I quickly put food in Bucky’s bucket of food and water in his bowl. Bucky has been there with me since I was a little girl so I put him above anything.
“Ya me voy! La que no está en el carro la dejo!” mi madre exclaims.
I quickly give a kiss to Bucky and walk out the door. Bucky is a pitbull mix with a German Shepard. So yes, he is really big.. But not as big as his heart.
I get in the back of my mom's car and as expected she starts screaming and screaming. Talking about how we are late but I'm really not surprised that we are. Now I know where my procrastination comes from.
“Te llamó tu papa?” me pregunta mi ma.
“ No…” I whisper.
She gives me that look that says, ‘of course he didn’t.’
I don’t really care, I mean I do but what can I do? I'm not going to beg him to call me, that's his responsibility to call his daughters. We get to my mom's work and it takes her a minute to open the doors. My mom works at a small laundry mat. Not a big professional job, but that is what puts food on the table. Since she has worked there for a very long time, she got offered to continue during the weekends.  My mom would take the opportunity to work during the weekends because it is a great way to gain more money which would help her provide for us.
It's 10:30am and my mom already has orders of clothes. Today, we have 2 big olders that come from schools. My job is to separate the clothes and put them in the washers, after that I will get quarters that my mom’s job provides and add it in the washing machine. Then I will add some soap to make the clothes smell real nice. I do one order and then she does another. Then we wait till it's over and place them in the dryers. After they are done drying, my mom has to fold them and wrap them up in wide paper and place them in the bags that they came from. Most of the time is spent by my mom saying…
“ Apúrate!”
“Sentándote no va a poner comida en la mesa.”
‘ Cuando yo tenía tu edad yo ya estaba trabajando y….” shaallalaallal, you probably heard that before.
So to avoid that I try to move faster. And get things done.
I always wanted to put the quarters in the laundry soap machine but since you need to use a stepping stool, she thought it was too dangerous for a 2nd grader.  I would always try to sneak around and grab the stepping stool and change the soap. Yes, I always got screamed at. I am a “big girl”. And it was until I was in 3rd grade that my mother trusted the ladder to be safe for me.
It's finally 4pm which means it's time to go home. We usually go home and take Bucky for a walk. But today he was whining a lot. I was getting worried so I took him to the bathroom. There was a hill right across the street from my house, where most dogs went and did what they had to do. Let’s just say Bucky wasn’t the friendliest when it came to other dogs. So I always tried to avoid bumping into other dogs. As we were crossing the street Bucky kept whining. I thought, ‘maybe he just really needs to poop”. I had to step over the plants to follow Bucky to where he wants to use the restroom. He did what he had to do and we got home. He was still whining. I told my mom, so she started putting pressure on his body to figure out if he is hurt. As she started putting pressure on his right leg he started crying. My mom found the problem, his leg is bothering him. She was sobando the leg of him until she had to go to bed. After she left, as Bucky tried to stand up he started whining. I’m guessing because he is putting pressure on his right leg it is causing him to feel pain. I didn’t go to sleep around 12pm because Bucky kept on whining each time I stopped rubbing on his leg. The next morning He couldn’t get up, he was tired of walking due to the pain. I know what you are thinking, “ why don’t you take him to the vet?” Well, we don’t have the money for that. My mom was the nurse of the house, I was her assistant when it came to my siblings being sick. But when it came to Bucky I was the pro nurse. Sometimes, actually no... many times, I would get on my moms nerves because she thought I paid more attention to Bucky then my sisters. I mean duh look how cute my dog was…

He was an angel. Even though he bit me but it was my fault, but that’s a story for some other time.
Bucky kept on whining and whining… I Woke up around 2-3am from his whining. I started rubbing his leg for about 30min and then I took him to the bathroom. It was dark and gloomy… there was a lot of fog as well. And yes I still took him, maybe that would calm him down a little more. There were a group of men standing in a corner but I knew I would be just fine because I had my handsome, buff dog ready to attack anyone who got near me. They started cat calling me which made me very uncomfortable… they got a little closer and Bucky started barking and growling which caused them to leave. Even though He was in pain he protected me… he risked his life for me. When we got home I gave him a treat and rubbed his leg all morning. Every day for about 2 weeks I would get home from school and just rub his leg for a couple hours and late night I would do my homework. He recovered after those two weeks and to see him just running around with no pain made me happy. He was able to play, run, walk,without whining. I was relieved, he didn’t need a veterinarian, all he needed was Someone to take time and rub his leg even if that meant to give up some time of their own.
Sadly, Bucky isn’t with us now, even though I was really young when this happened he still impacted my life in the most beautiful way. He was my little angel. Mi novio/ my boyfriend, my love. I bet if Bucky was able to be a human he would probably look like the rock. Bucky will always stay in my heart no matter what.
My mom showed me love, waking up in the morning to the smell of frijoles and huevos with tortillas on the side (beans and eggs with tortillas) and taught me to never take anything for granted. Mi madre trabaja muy fuerte para mí y mis hermanas. Si, me grita me regaña pero ella es mi madre. La que sale tarde del trabajo, la que tiene que aguantar con mis berrinches y actitud todos los días, la que viene cansada todos los días a las 11 de la noche para poner comida en la cocina. Tu me enseñastes a amar y a agradecer. Te amo ma/I love you, gracias/ thank you.
My dad… even though he wasn’t always there, in times where he was he always taught me to  never give up on my dreams even if that meant to go through a lot of rope courses. I remember one night when there was a really big storm, like really big! My dad picked my little sister and me from school and he had to drop us off at our house which was like a 45min bus and walk. We got soaked and he even gave my little sister his jacket when it was freezing cold. We had one umbrella and my little sister and I had to share while my dad was getting soaked. The wind was blowing really hard that ,y dad started carrying my little sister and I had to grab onto him. When he dropped us off I gave him a kiss and told him to be careful, and to call me when he gets home. He got home safely, thanks to god. Even though there were a lot of challenges to get us home he still managed. No matter how hard it was for him he didn’t give up. I love you bigoton! Thank you.
My sisters who taught me how to be patient and be respectful. I’m going to be honest I wasn’t the nicest daughter or sister. I would always give attitude to my mom and always pick a fight with my sisters. Especially with the older one. Trini you taught me to respect and still are. I  was a headache and probably still am. But you never gave up on me, I mean probably did but I still thank you for trying to help me. Even though we would physically get into fights, and I would always win. Just playing, obviously she has the upper hand because she is taller than me. I still was able to open up to you and always fix things. Thank you for being my sister, I love you trini. Aillany you also taught me patience. You still get on my nerves probably always will. But even though sometimes I want to strangle you, I still need to be patient with you because we are sisters and I was probably like you when I was younger or worse. You will always be my little sister, okay gordis? I love you.
Bucky, you made me smile… I would always talk about you in class literally. Even in elementary I would always show you off. Sometimes I would even say “I will get Bucky to bite you” and I would scare a lot of the kids off. He taught me patience and to persist even if you think it is impossible. When he was hurt I was thinking he would die, which is why I spend most of my nights rubbing on his leg. I didn’t want to lose him… I wish I didn’t. When I would get upset because of family problems I would lock myself in Bucky’s room. And just cry… talking to him, telling him how I felt about every single time. I know, that’s how close I was with him. I told him every single thing. 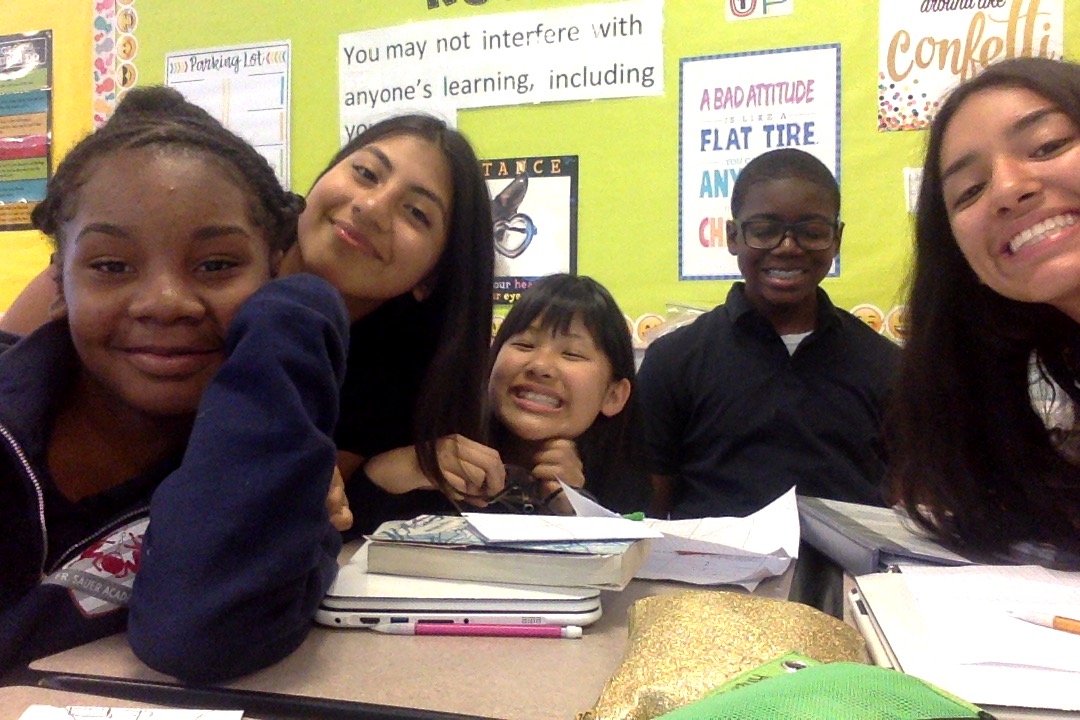 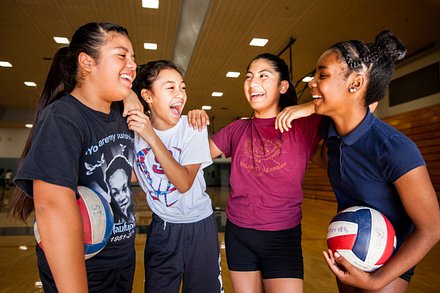