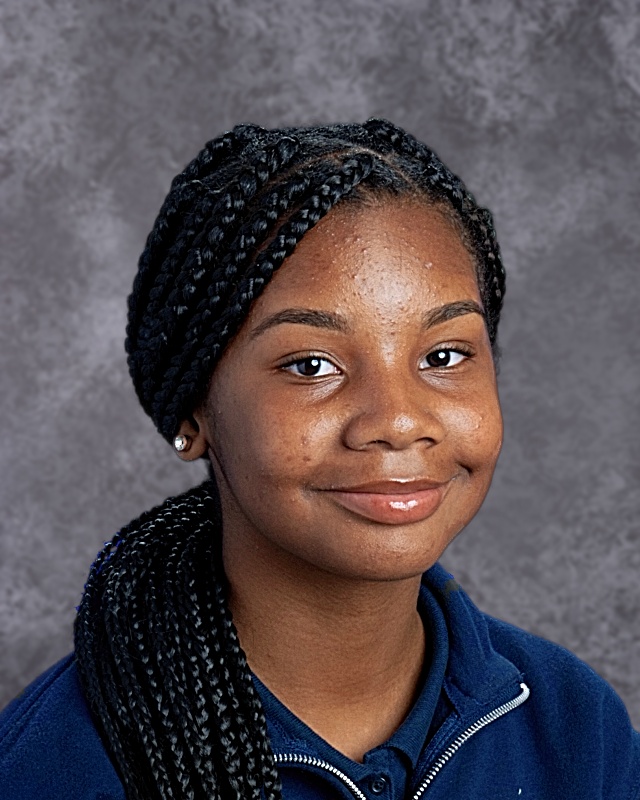 It was a bright and early day in 2015. I was in 4th grade and I loved my old school. I attended Rooftop Elementary and I enjoyed seeing my friends. My best-friend, Yvania, would always meet up with me at the beginning of class and we would talk about our life outside of school. We would discuss simple things, including what we ate for dinner. It was then time to go to class. It was always the same monotonous classes over and over and over. I would usually space out in class and just think about what I would do during recess and lunch. My favorite class was gardening, during which we built a huge stream in the garden and picked apples from the trees to cut up and eat. One time, I was walking in the gardening shed and a large amount of baby spiders jumped on me. This is what made me fear spiders.

Academically, I’ve always loved math even though it was extremely hard for me. Year after year, I started paying more attention in class to gain as much knowledge as possible. I stopped spacing out and began to get ahead in all of my math homework. I don’t know what got in me, but I was determined to do more than good, to succeed. I then attended Breakthrough, which is a program that helped me with my extension of intelligence. My mom came up to me one day and said, “Want to check out this new school called the Father Sauer Academy?”

I knew that I might leave my old school and my friends behind, so I skeptically responded, “Sure, where is it?”

She instantly replied, “In the Sunset.” I could tell she really wanted me to go to the school.

I didn’t want to leave my friends. I knew the Fr. Sauer Academy was probably a good school and applied to see if I would get in. After a few months, a letter finally arrived. Thankfully, the Father Sauer Academy accepted my application. I told my friends of my plans for middle school. Some people I knew applied and got accepted too! Those friends who stayed at Rooftop understood and wished me luck. That was one of the last times I talked to my Rooftop friends.

About 5 years ago, I used to struggle a lot in math because it was hard to remember the formulas and specific ways to solve certain math problems. I tended to stare at a math problem and think about how I was going to solve it. On average, it took me about 21 minutes to solve 5 multiplication problems. I knew I needed to improve in math so my mom signed me up for Breakthrough. Later, I found out that my best friend, Yvania, also signed up for Breakthrough. The days there were fun and very relaxing. Besides math, we had extracurriculars like baking, which was something that got me interested in trying new things. After one year, I learned new methods to solve math problems. I noticed an enormous amount of growth, so I stayed for one more year. After attending Breakthrough for about 2 years, I began to love math. In the beginning of FSA, due to the extra help, it took me about 15 minutes to solve 5 multiplication problems. I began to build up my strength in math everyday and eventually it took me 2 minutes to do 10 multiplication problems. Math was now my favorite subject and I even did it for fun. One day, someone asked, “What is your favorite subject?”

I responded, “Math because there is always a specific right answer.”

From that point on, when someone asked me what my favorite subject was, I always answered with math. Eventually, I was able to advance onto algebra and geometry which I am still working on today. I even work with a high school math teacher, Mrs. Quattrin! A small group of us work on more advanced math which helps us learn a lot of new things.

I have grown as a person in many ways at the Fr. Sauer Academy. For example, my personality has matured and the way I act towards my peers has grown. My change in personality came through certain experiences and situations. One time, in 5th grade, my teacher asked, “Who wants to answer a challenging question?”

I thought about it and quickly answered, “Me!”

Suddenly, I heard a roar of other children yelling, “Me!”

It was absolutely amazing and a turning point in which I loved to be a leader. It was exciting to get everyone to participate and pitch into something. Then, one day, my friend lost an important necklace and began to cry. I noticed many people were comforting her so I told her that I would find her lost necklace. The first day I looked for her necklace and it was hard, it seemed like it was nowhere to be found so I decided to look for it the next day. I came back empty handed over and over again. I never lost hope and continued to look for that necklace. After 10 days of failing to find the necklace, it popped up in a crack in the play yard. I was so relieved and instantly returned the necklace to my friend. She was extremely grateful and happy and that made me happy. From this situation, I developed in two ways as a person: I learned how to persist through tough problems and I learned how helping someone in need makes me feel great. From these experiences I also learned about how a community must function in order to thrive. Basically, everyone in a community must progress and improve in order for the whole community to progress and improve.

After I transferred to Father Sauer Academy, I was offered many sports opportunities. I decided to play basketball because my brother played and it seemed interesting. When I first started out, I could only dribble with my right hand and I would miss most of my layups. My rhythm was offbeat and our basketball team would lose every single game. To me, this didn’t matter because it was more fun than competitive. I decided to continue to develop my skill of basketball because the adrenaline rush felt amazing and the cheers from the  audience pushed me to love basketball. The next year, I was in 7th grade and I tried out for a basketball team called SF Champions. Luckily, I was given a spot on the team. I was new to AAU basketball and it carved me into a more aggressive player which is important. I continued on and played for SF Champions for 2 seasons. The next year I was in 8th grade. After a few months, my mom told me about another basketball team called Bay City. I decided to try out and they were good, but it only pushed me to do my best. Luckily, my mom got the email from them saying that I was accepted to the team. I was so excited and the next week, I went to my first practice. I didn’t really know my teammates and it was really uncomfortable at first. Then, as the practices progressed I became closer to my teammates and I became one of the starting five. I was having a good time and we would lose some and win some. To increase my skills I went to a daily basketball workout called, Empower Me Academy, which helped me with technical details and basics about basketball. The overall experience was fun and playing with my teammates and working together to win was interesting. The overall lesson was persisting to gain something will most likely get you that and basketball forms a leadership skill and more communication.

To my mom, success means to just continue to stay focused and to continue to stay on top of my grades. Also, it means starting to think about my future now so that I can start preparing. For example, I should look for some internships and classes in the high school that could help me become who I want to be in the future. Specifically, college prep courses would help more. Communicating and building relationships with my teachers, administrators, and counselors would also help me with getting the help that I need. Whenever I don’t understand something, I should ask for help and trying new things will extend the amount of opportunities available to me. This will overall, “broaden my horizon”. When I graduate and become successful, I will inspire young black women and show them how successful they can be as young people of color. Being successful is being present in the classroom and contributing positive feedback to discussions to show that learning is fun. Also, to be successful, I need to prepare myself for my next move in life and continue to be positive and active in my community.

I want to be a brain surgeon to heal people and overall, help people feel better. I also want to be a brain surgeon because the brain is interesting and I could maybe help people with tumors in their heads. Additionally, I want to explore math and I want to exercise daily so that I am active, fit, and healthy. For my education, I plan to major in math and science and I plan to leave San Francisco and maybe California for college. In order to get to who I want to be, I need to keep challenging myself in math and science. Right now, I am able to do hair and nails and I am planning to extend those skills. For hair and nails, I may start a YouTube channel and an instagram dedicated to that. In order to fund for the stuff that I need, I will likely use my birthday money. Overall, I want to be someone who helps the world in some way or another. 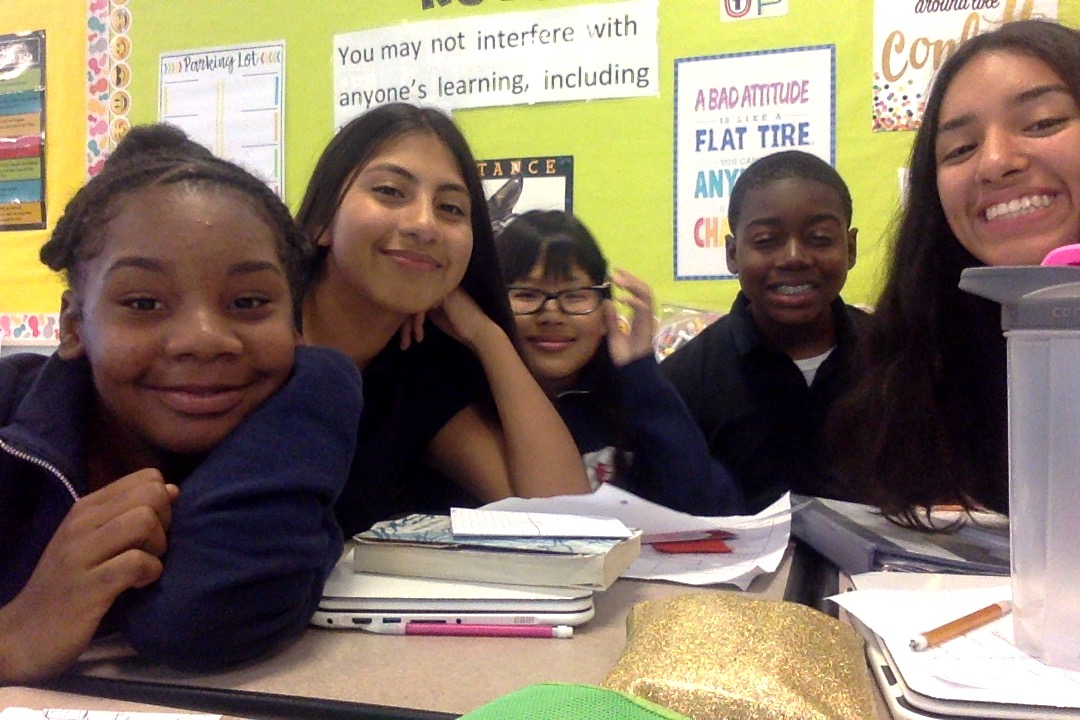