SI has a large and successful AP program. We offer AP courses in 14 subjects and several of our students pass the AP tests in subjects for which we do not offer the course, including English Language, Physics B, World History, European History and Music Theory. SI administers more AP tests than any Jesuit school in the country and has been ranked in the top 20 programs nationally by The CollegeBoard.

The overarching goal of the program is to provide a rigorous curriculum for the greatest number of students who could benefit from it. That is, the goal is to balance broad access with high pass rates. Achievement of this goal is measured by these four criteria (benchmarks for each measurement are listed below):

SI recognizes that different subjects have needs, advantages, and disadvantages. Therefore, the definition of success in AP is based on more than just the Pass Rate of each course. Each Academic Department has set its own AP outcomes depending on their philosophy and this philosophy guides their placement processes. These outcomes and trend history of each department can be found at the following webpages: 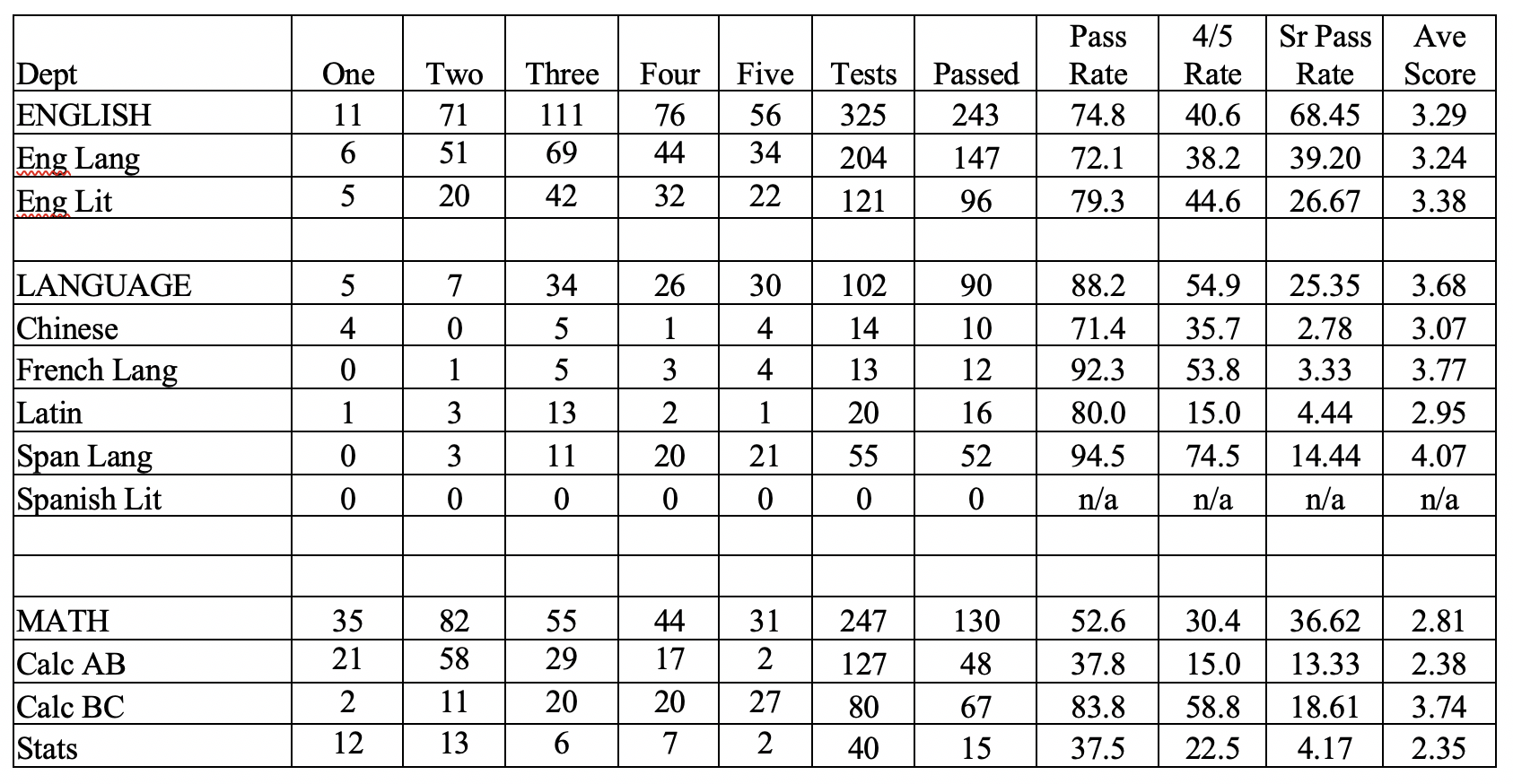 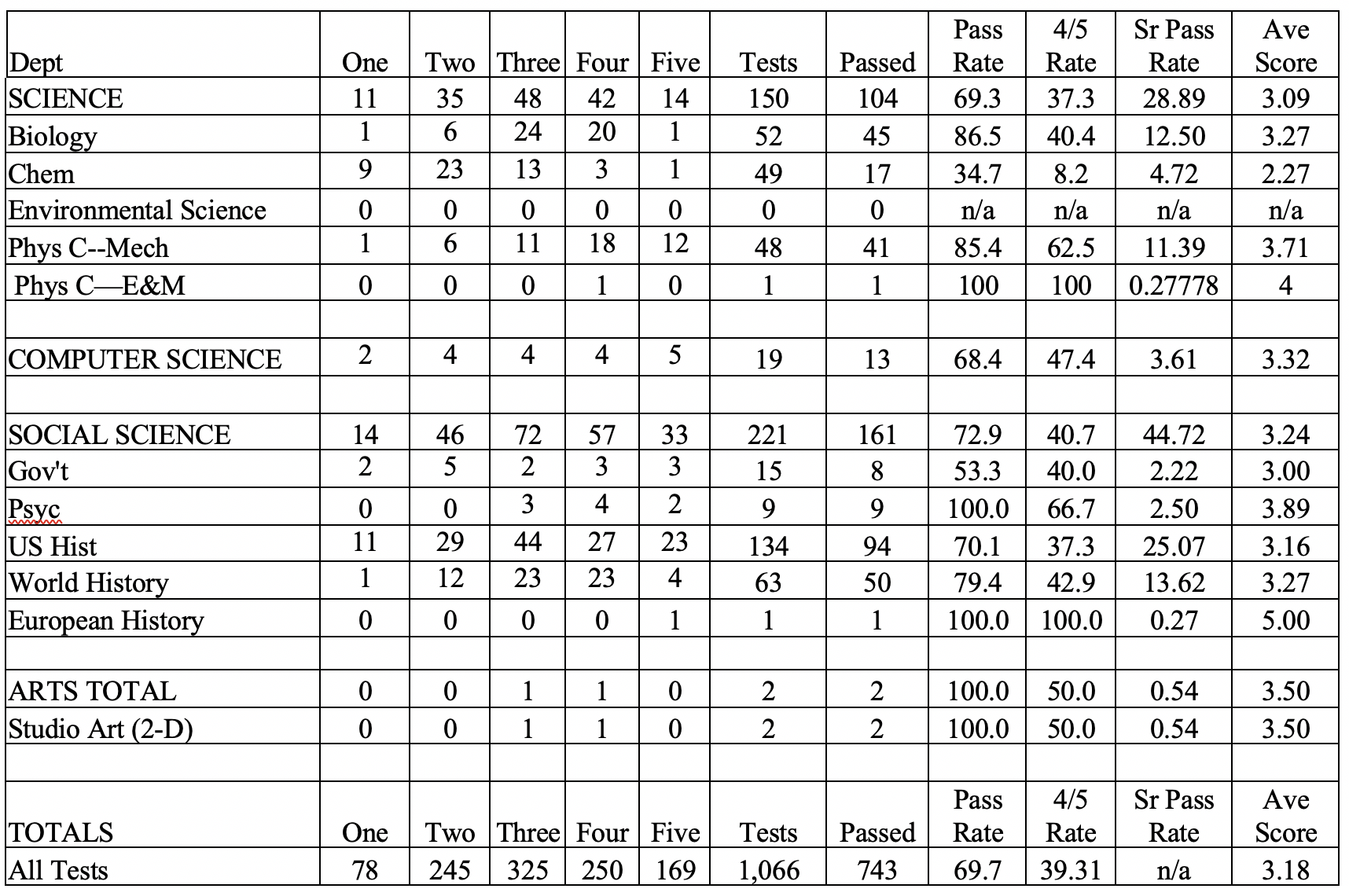 NB.  In 2017-18, the Social Science Dept. dropped their AP courses.  Previously, many students had 3 Aocial Science AP exams (Government, Psychology, and US History).  The class of 2018 still had the US History class, but the Class of 2019 did not and another drop in AP Scholar numbers is expected next year. 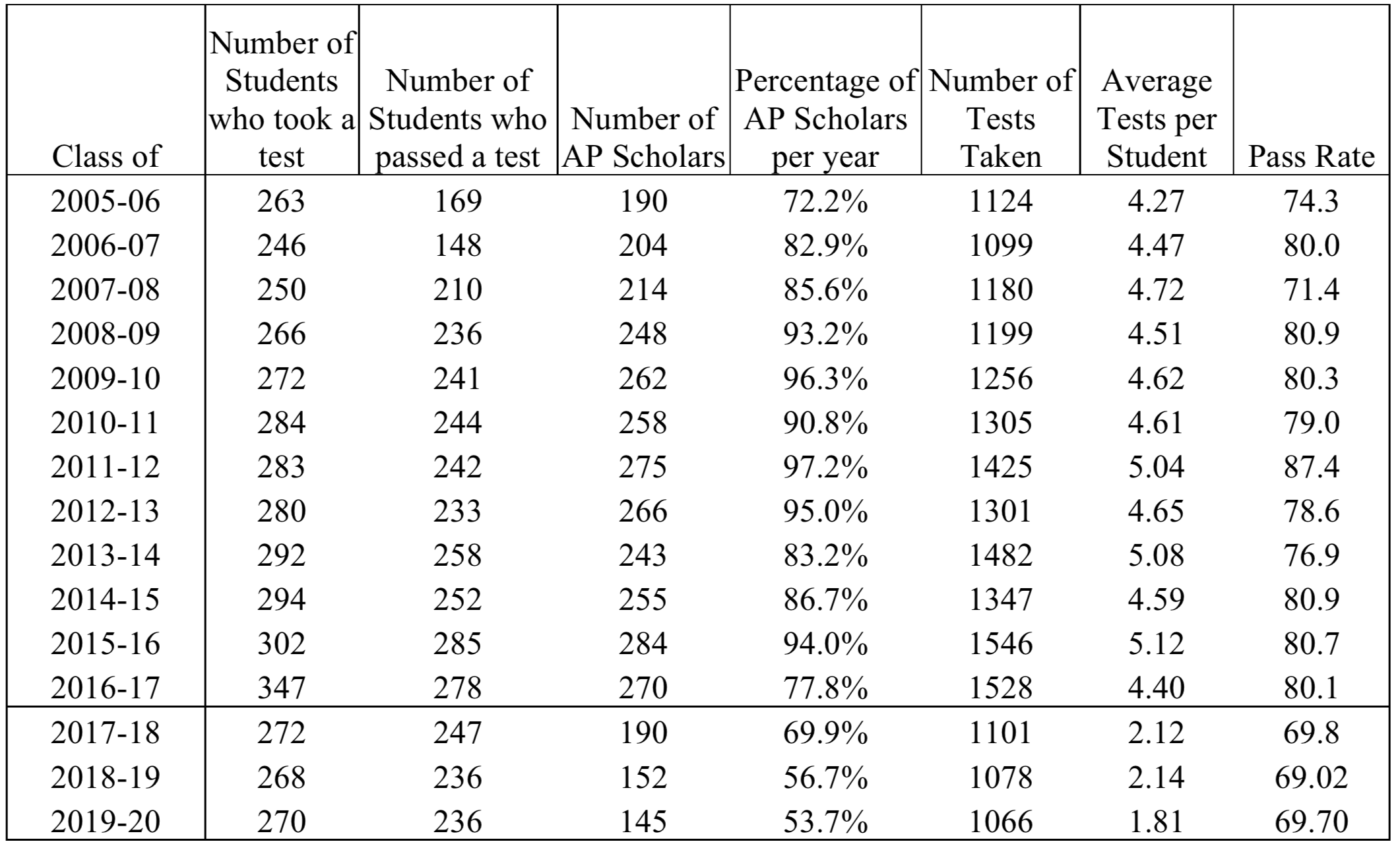 The CollegeBoard tracks the rate of students per class who pass at least one AP test. This is referred to as the AP Proficiency (previously, Equity & Excellence) score and is another measure of the academic rigor of the school. SI's Academics Office has set the following benchmarks for this measurement: 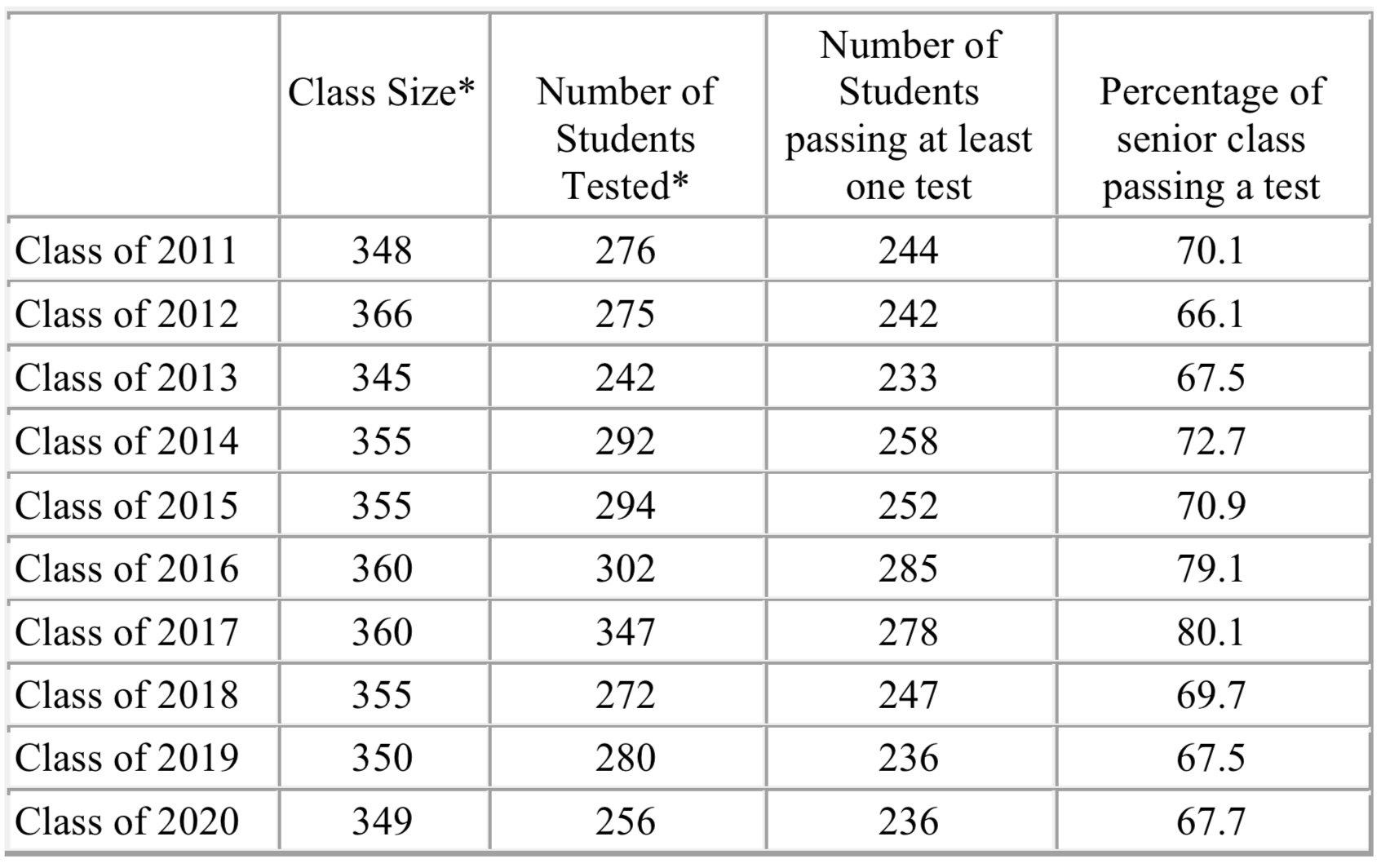 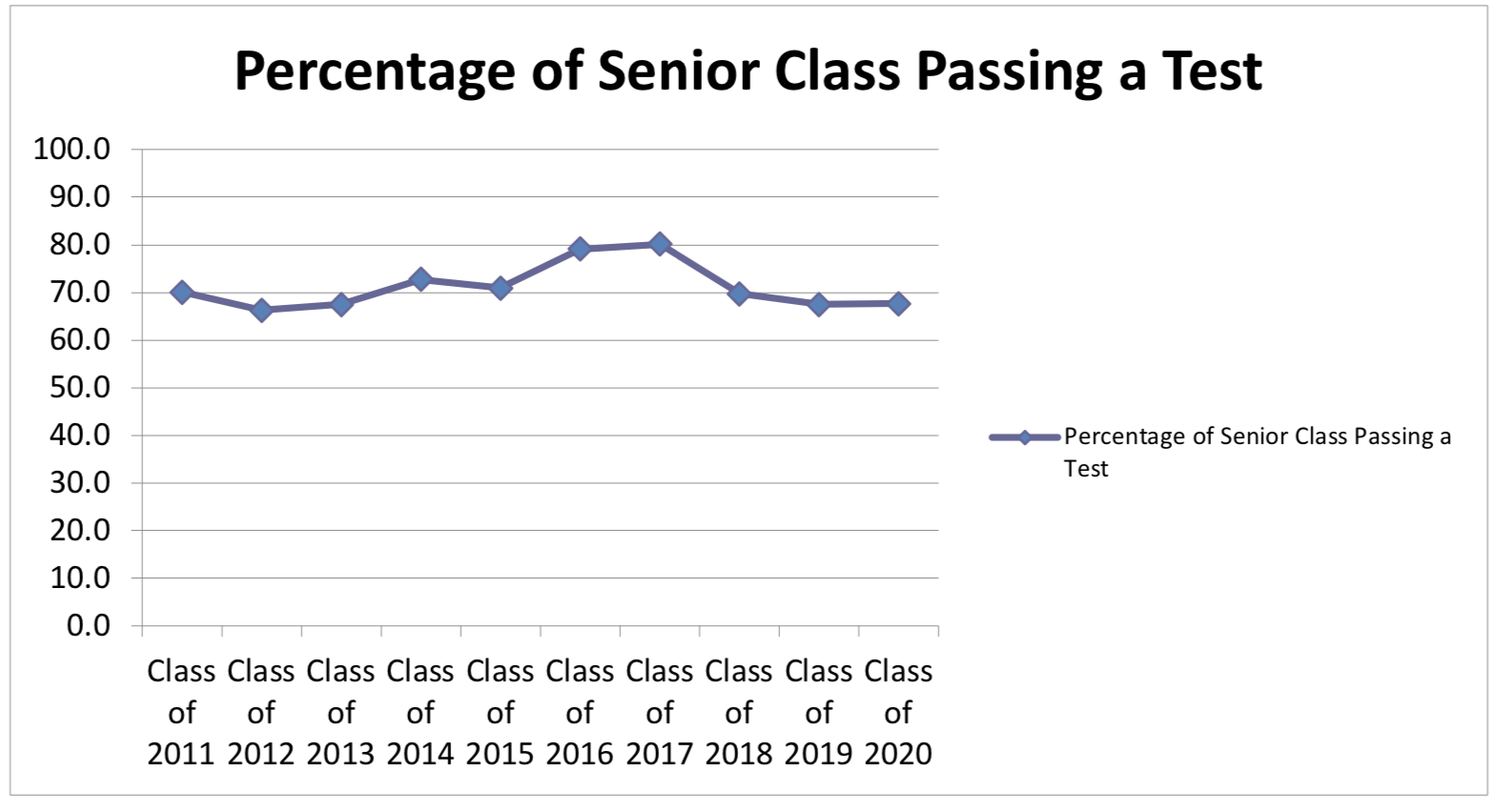 SI has one of the largest AP programs in the country, giving over 1200 tests per year. The pass rate is consistently high. SI's Academics Office has set the following benchmarks for this measurement: 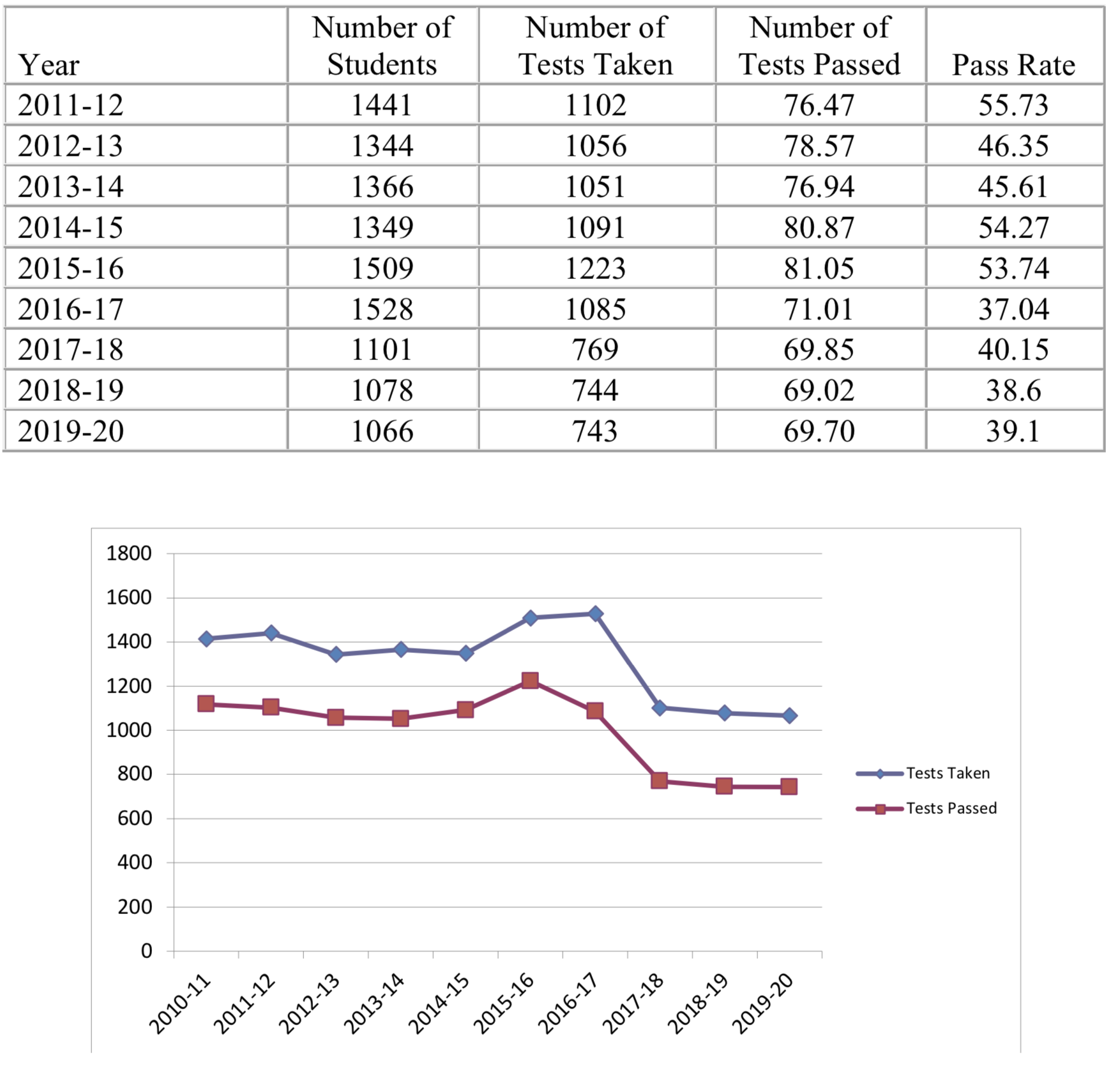 SI looks at the AP performance of each graduating class over their four years. The Average Number of Tests taken by each class is a measure of the academic rigor of the school. It is comparable to the Challenge Index used by Newsweek to name the top 100 public high schools. SI has shown a marked and steady increase in this area over the past 17 years, tripling the average number of tests while maintaining an excellent pass rate. 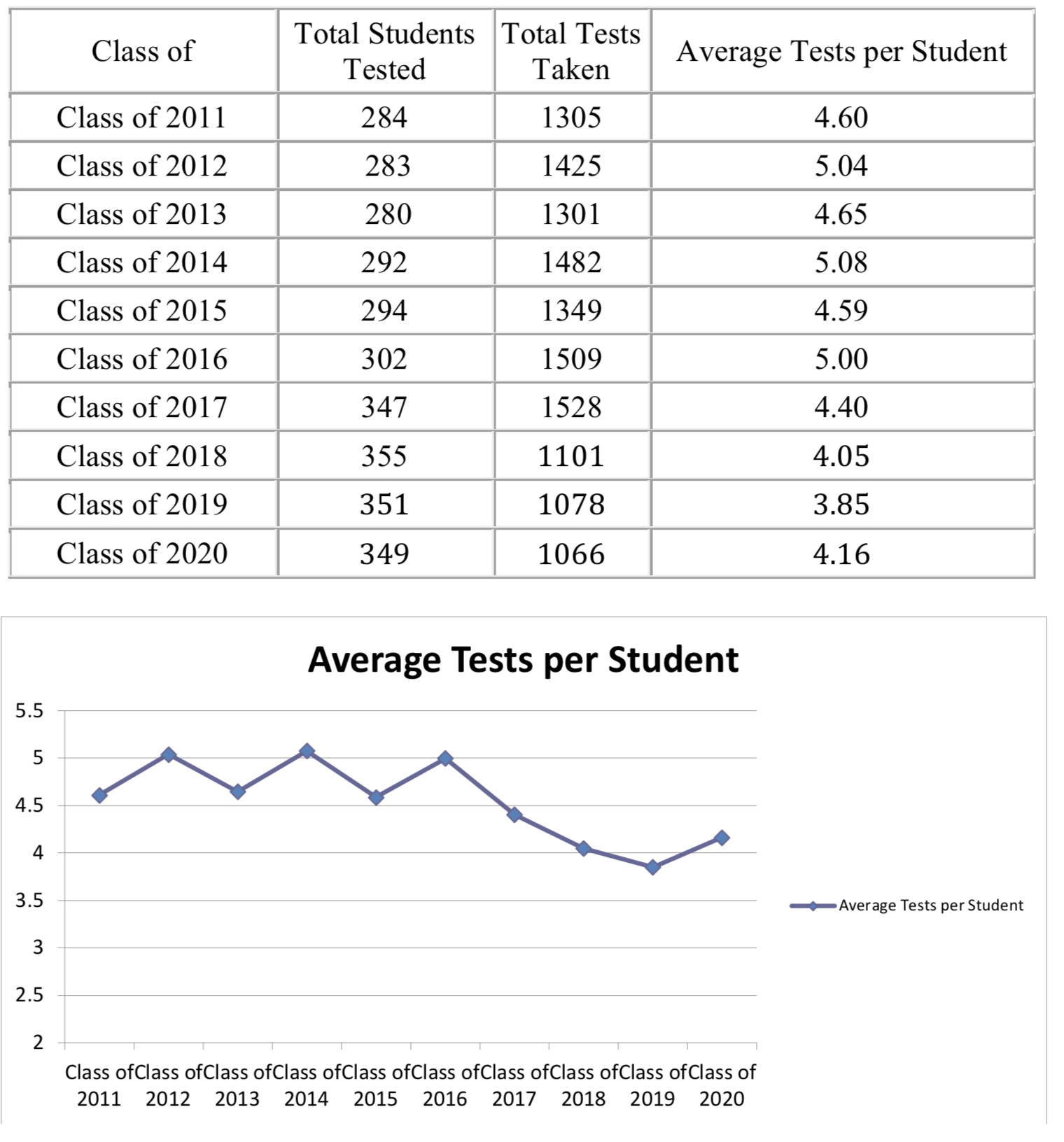 Another set of measures of rigor would be the pass rates and rates of 4s and 5s in a given year (as opposed to for a given graduating class). These data are easier to obtain than similar per-class numbers because many AP courses have students from different grade levels enrolled. 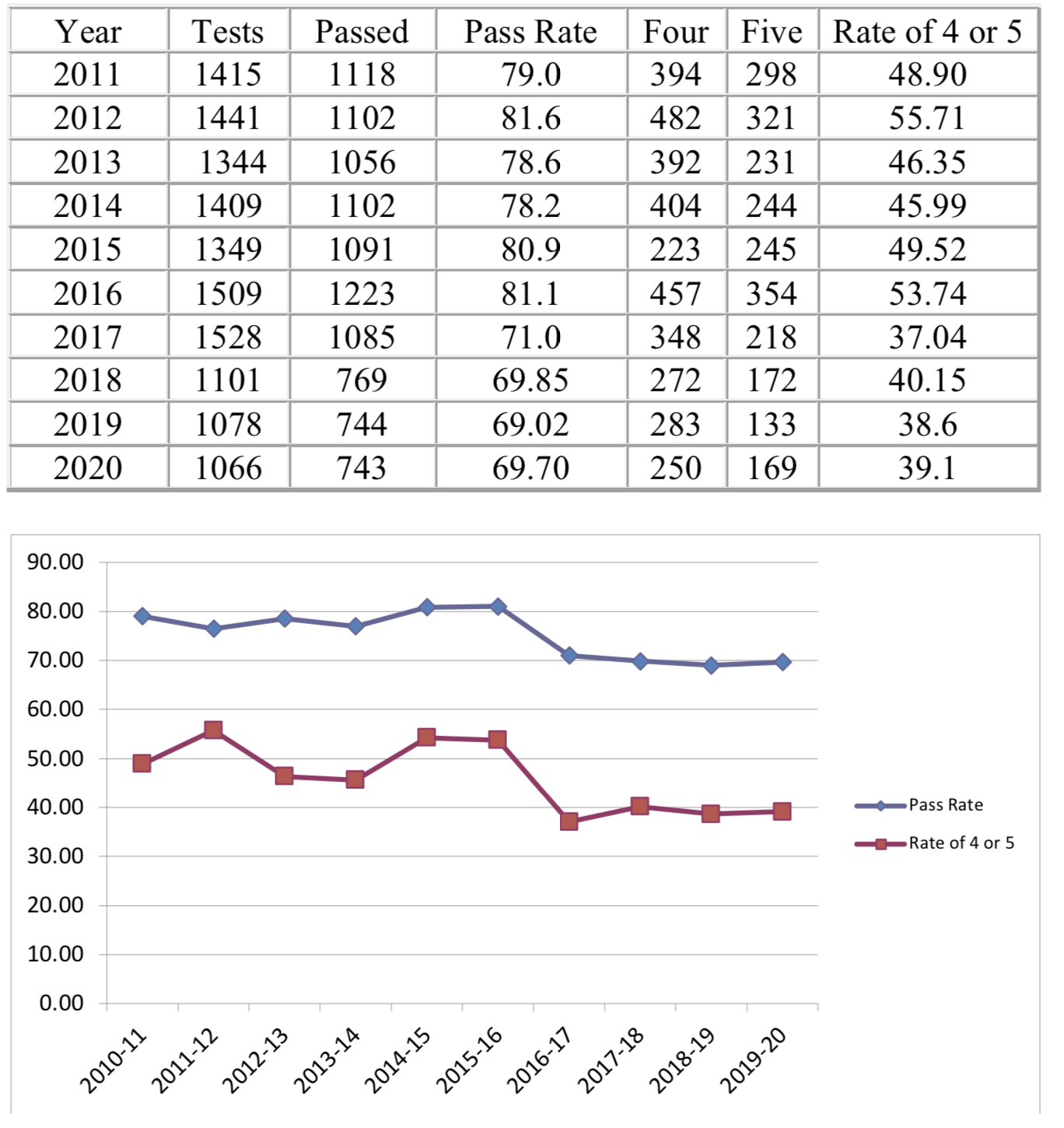 The CollegeBoard tracks the number of AP scholars each school has. AP Scholar levels are defined as:

SI's Academics Office has set the following benchmarks for this measurement: 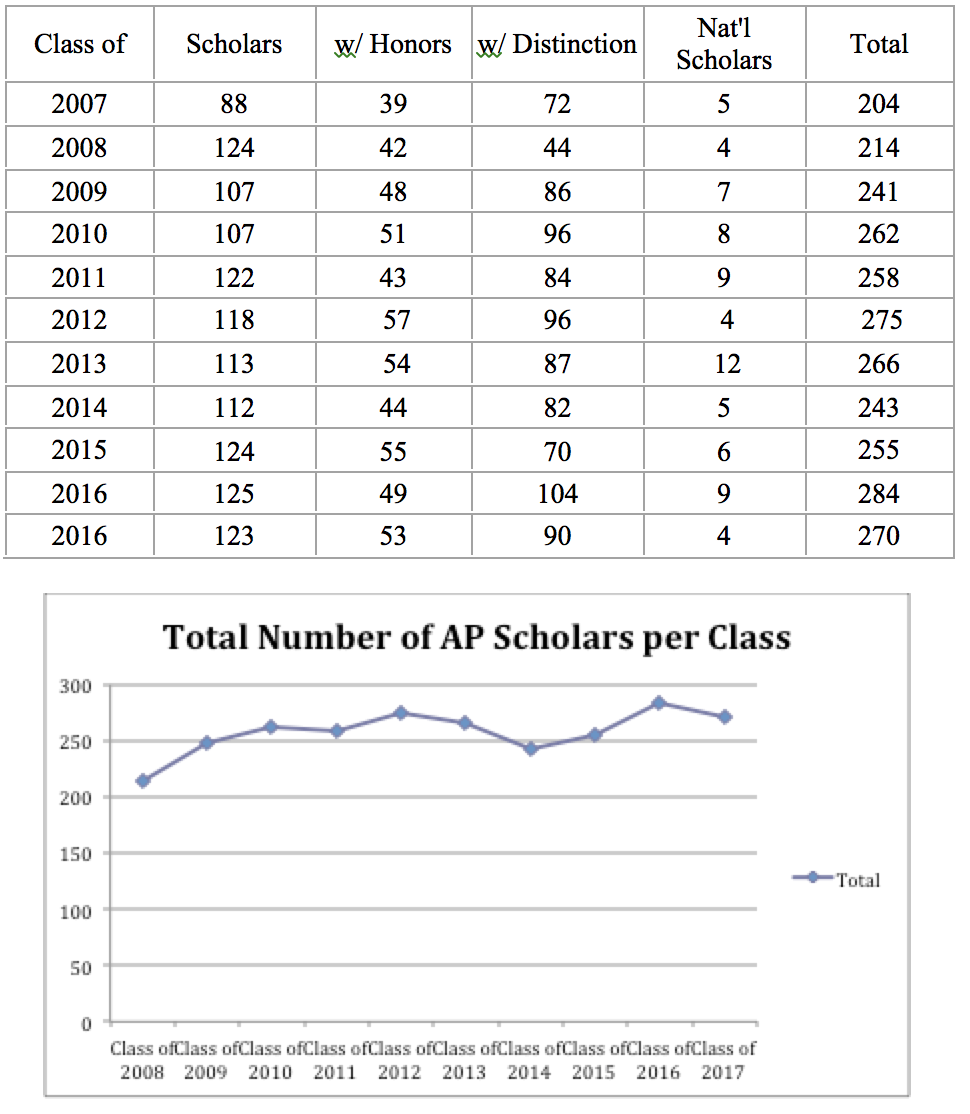